If you’re thinking, I’ve got all year to plan a vacation, you might be wrong. The first month of twelve has almost slipped away in the blink of an eye. The fact is every year more than half of Americans (52%) fail to use all their time off, creating a stock pile of 705 million unused vacation days, up from 662 million days the year before. There are a few more days left in January, the month for new beginnings. Stop forfeiting your hard-earned vacation days and start enjoying them instead.

As in most endeavors in life, those who plan ahead are more likely to succeed. That includes planning for and taking time off for vacations. According to a press release by the U.S. Travel Association (USTA), “The most effective remedy for American workers who want to use more vacation days is better planning. Yet just over half of households set aside time to plan the use of their vacation time each year.” According to the USTA research, planners have a distinct advantage over non-planners: They use more of their time, take longer vacations and are happier.

This video featuring Samantha Brown, travel expert and television host of Places to Love, sums why National Plan Your Vacation Day on Jan. 29th is the best way to jump start your 2019 vacation plans.

There are also other benefits of setting aside a specific day to plan your annual vacation. First, by penciling in a getaway on your calendar, you instantly have a task list you can tackle that helps to bring your vacation from blurry idea to focused reality. Such a list might include letting the boss know months in advance when you’ll be out of the office, shopping for the best flight deals, booking lodging reservations and pre-planning your in-destination activities.

Secondly, anticipation is delicious. Looking forward to something in the future creates powerful, positive emotions. Planning a vacation to Glenwood Caverns Adventure Park for example, you might anticipate riding the Giant Canyon Swing or the Haunted Mine Drop, two adrenaline-pumping thrill rides. You might look forward to taking cave tours that delve deep under Iron Mountain to showcase a stunning underground landscape. Perhaps you want to dance under the stars? You can do that too with a regular schedule of musical performances kicking off in summer 2019.

In addition to visiting Glenwood Caverns Adventure Park, your vacation dreams might also expand to include other things-to-do in Glenwood Springs like geothermal soaking at Iron Mountain Hot Springs, hiking to Hanging Lake, sampling award-winning beers at area pubs and breweries or rafting through scenic Glenwood Canyon. Planning ahead allows you to take in all the possibilities.

Please note Glenwood Caverns Adventure Park is temporarily closed until March while we install our new, high-capacity gondola. Look for more details and information about this exciting new addition on Facebook, Twitter and Instagram. Glenwood Caverns is temporarily closed until March while we install our new high-capacity tram. In the meantime, we’ve been busy housekeeping our treasured caves.

Most caves including Glenwood Caverns Adventure Park have a stable year-round temperature of about 55°F (13°C). Even when the outside temps dip to freezing or below, the interior of the caves remains comfortable for working—and that’s just what we’ve been doing since the Park temporarily closed in the fall.

Improving the cave experience for visitors

“The closure gives us time to work on some projects. We were able to eliminate eight steps on the King’s Row tour.  It will be the same fun and informative cave tour, but now guests will be able to walk amongst some of the rocks instead of above them on a walkway,” said Kathy Miller, Natural Attractions Manager at Glenwood Caverns Adventure Park. “Visitors will feel more a part of the cave and get a sense of what it might have felt like for the first people who discovered this room in 1960.” In place of the raised walkway, Miller and her team installed a new path with switchbacks that meander through the rockfall. The location of the new walking surface is in the Barn, the second largest cave room in Colorado. It’s what’s known as a breakdown room where the floor is covered with rocks that dislodged from the ceiling when the cave was formed. Extreme care was taken to ensure that no living cave formations were damaged in the process of building the pathway.

Yes, we dust our cave formations

Just like homes, caves are not maintenance free. Miller and her staff spend a significant amount of time housekeeping. Even though visitors leave backpacks, food and other items outside of the caves before taking a tour, they still track debris inside that must be tidied up periodically. “We regularly clean lint and hair from the cave walkways and formations, and we dust the formations as well,” Miller explained.  During the closure the team is doing an extensive deep clean that includes removing dust with small shop vacs fitted with an attachment typically used to clean computer keyboards. After the dust is removed the formations also get a gentle washing. “When spring comes the cave will rinse itself but we want to get the dust gone before the thaw,” Miller added.

At any given time there are two to four staff members working in the caves as well as a welder who is constructing new handrails for guest safety and convenience. The maintenance checklist includes checking the airlock seals on the doors, replacing burned out bulbs and resetting lights for the new pathway. Building the pathway necessitated pouring concrete for a smooth and stable pedestrian-friendly surface. Because of its location inside a cave and the need for the airlock doors to remain sealed at all times, pouring concrete is done the old fashioned way. “We put up a double tent to contain the dust. Instead of using a cement truck, portable mixers and bagged concrete are hauled in. Our contractor does it the hard way—in small batches, by hand,” Miller said. Other tasks taking place include installing a new phone line in the event of an emergency and “scaling” work which is poking areas prone to loose rock. Open or closed, high-season or off-season, we are always concerned about the health and wellness of our cave. It’s our baby! Caves are extremely fragile environments with perceptible growth occurring incrementally over long periods of time. To assess its condition, the staff takes the cave’s temperature and measures humidity. It is an ongoing project that to date has spanned 20 years. Every three months a group of cavers from Denver check the evaporometers and data loggers that are placed throughout the cave. Evaporometers are devices that measure the rate of evaporation. Your cave guide can point them out to you on a cave tour. The data loggers take the temperature of the cave every 15 minutes. The information then gets downloaded and evaluated by experts four times per year.

While the Park may seem dormant this winter, there is a lot happening behind the scenes. Special thanks to Kathy Miller for providing information and photographs. Miller was recently appointed to the board of directors for the National Caves Association as regional director for member caves in Colorado, Utah, New Mexico and Arizona. She joined Glenwood Caverns Adventure Park in March 2006 and was promoted to natural attractions manager in October 2014. Miller has lived in the area for 28 years. 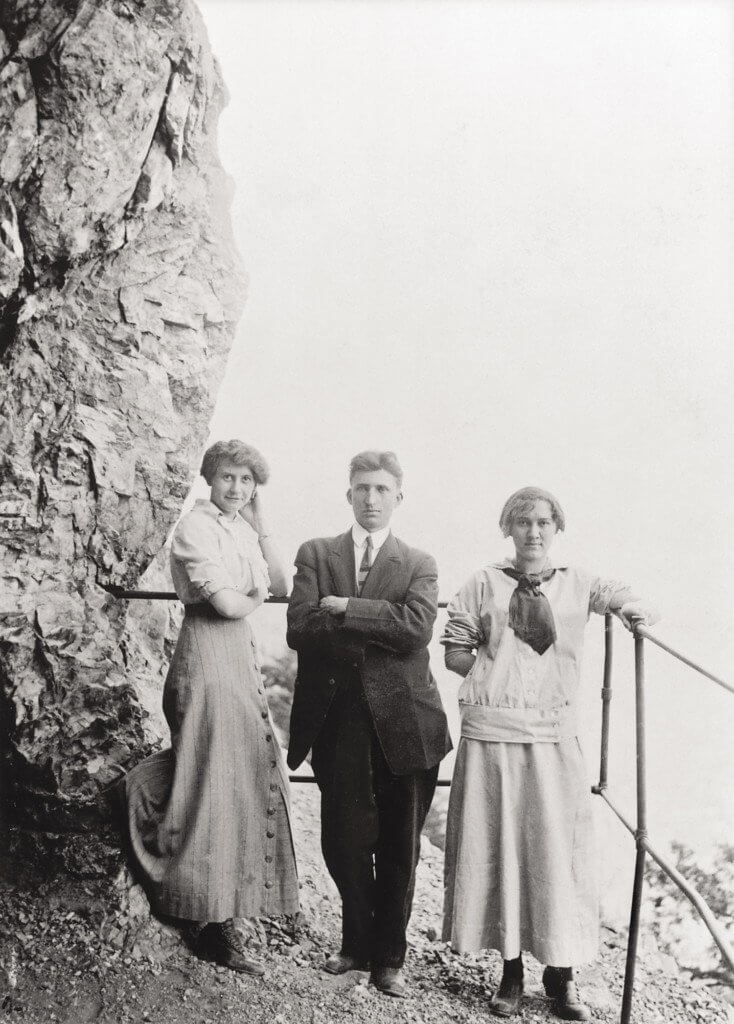 The Guinness Book of World Records holder, Bakken in Kampenborg, Denmark, opened in 1583 near popular fresh-water springs as a pleasure garden with live entertainment, fireworks, dancing, games and some early rides. That was common in European cities then, but most had closed by the 18th century. Bakken, “The Hill,” is short for Dyrehavsbakken, “The Animal Park’s Hill,” and was a private royal hunting ground until 1756. Its first roller coaster, built in 1932, is still operating.

The second-oldest, Wurstelprater, also known as Prater, in Leopoldstadt, Austria, was also a hunting ground before it opened to the public in 1766. Its top attraction now is Wiener Riesenrad, a Ferris wheel, a Vienna landmark.

The third-oldest, Tivoli Gardens, opened in Copenhagen in 1843 and became so famous that it inspired Walt Disney’s design of Disneyland in 1955. Today, it operates one of the world’s oldest wooden roller coasters, the Rutschebanen, built in 1914, among its 31 attractions.

The oldest amusement park in the United States, Lake Compounce in Bristol, Conn., opened on Oct. 6, 1846, when the public was invited to witness a scientist’s experiments in electricity. It was a picnic ground before attractions were added two years later. Lake Compounce now has 44 rides, including five roller coasters.

Other historic amusement parks ranked by age are: