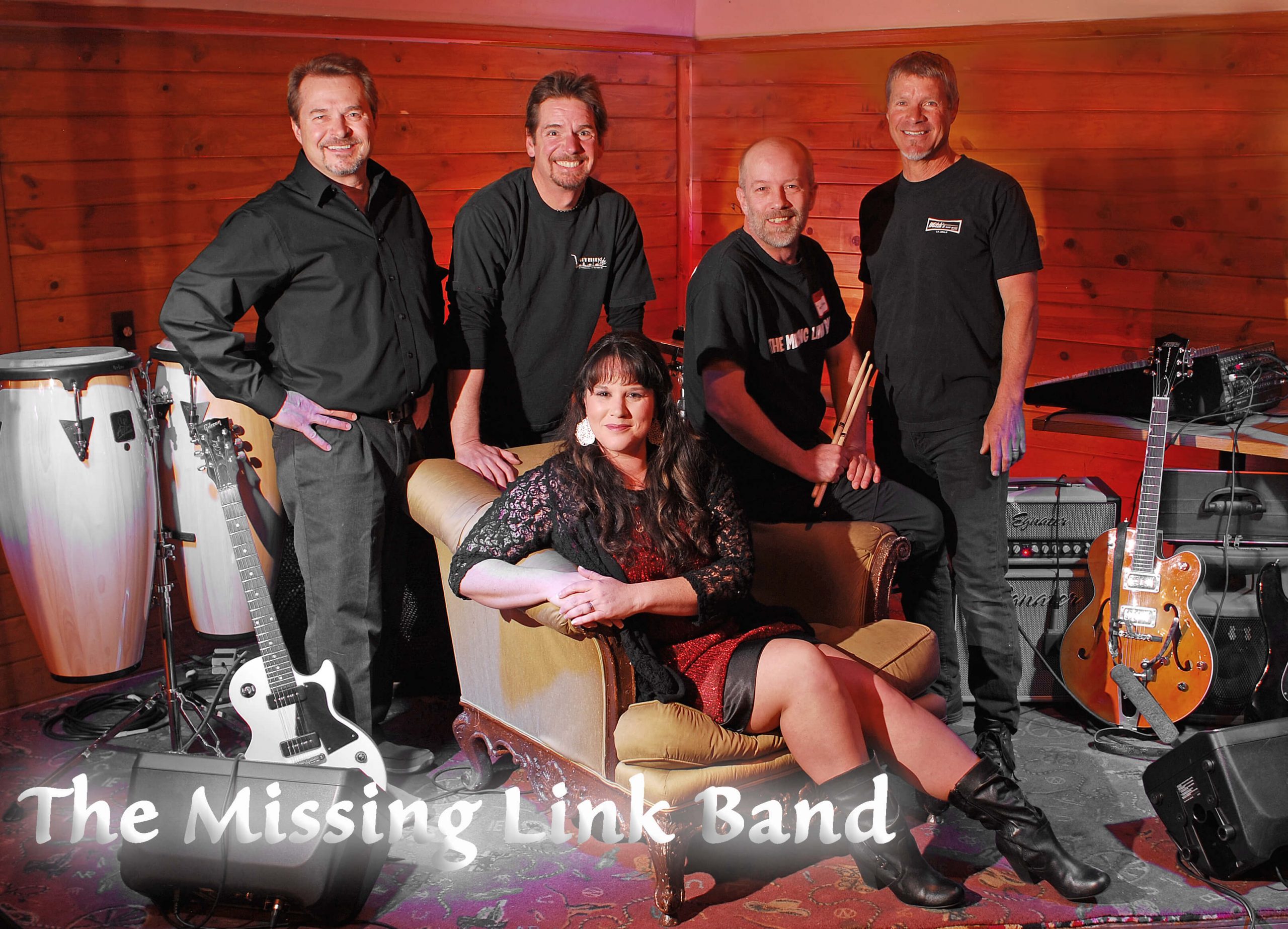 DON’T MISS THE LAST MUSIC ON THE MOUNTAIN!!

Originally starting with Nick Kuhlmann on drums, Paul Barker on bass, and Erik McPherson on guitar and lead vocals the trio has united with Kim Kwiatkowski on lead & harmony vocals and Bob Stepniewski on percussion. The band has transformed into one of the most danceable party bands in western Colorado.  The band prides itself on offering a variety of music which appeals to all types of people. Their sound appeals to everyone from ages eight to 88. They want to give people the best from all genres: country, rock, R&B and having a female vocalists gives them the ability to be very diverse. The Missing Link Band has traditionally performed the last show of the Music on the Mountain series but has picked up a slot in the beginning of the series as well this year.

Get ready to dance!