Even while closed for the winter season for the installation of its new, highly anticipated Glenwood Gondola which is scheduled to open to the public on March 16, Glenwood Caverns Adventure Park continues to fascinate all kinds of people from natural history buffs to thrill-seeking daredevils.

Fairy Caves Edge Out Powell Expedition by a Slim Margin

First, Rocky Mountain PBS  sponsored a contest asking viewers to choose a topic for an episode of Colorado Experience, a documentary show dedicated to preserving and celebrating the people, events and places that shaped Colorado. In a hotly contested vote-off, viewers chose the Historic Fairy Caves in Glenwood Springs. Out of 4,700 votes cast, a record-breaking number, the Fairy Caves came out on top, beating out six other episodes with 1,646 votes and inching by second place finisher the Powell Expedition by a mere six votes!

The Fairy Caves are the historic portion of Glenwood Caverns; the newer section is called Kings Row and the Park offers tours of both.  Loaded with fantastical cave formations, the Fairy Caves have dazzled visitors to Glenwood Springs since they opened to the public in 1897. In fact, children today are as charmed as the tots from a century ago when they receive a “cave fairy kiss”— a drop of water falling from the cave ceiling. A highlight of the Fairy Cave tour is the historic lighting section called History Lane, which is illuminated with replica Edison and Marconi-style light bulbs. There are ticketing options that include just a gondola pass and cave tour or a complete FunDay Pass, the best-value, which bundles the Glenwood Gondola, cave tours and admission to all of the Park’s rides and attractions. After being closed for four and a half months for the construction of the new Glenwood Gondola, Glenwood Caverns Adventure Park reopened just in time for spring break visitors. Beginning Saturday, March 16, the park’s winter attractions will be open—the Alpine Coaster, both walking cave tours, the laser tag arena and 4D Motion Theater. The Lookout Grille and General Store gift shop will be open as well. An exciting ride on its own, the opening of the state-of-the-art Glenwood Gondola, ushers in a new era for Glenwood Caverns Adventure Park. Stay tuned for more information about it in upcoming posts. 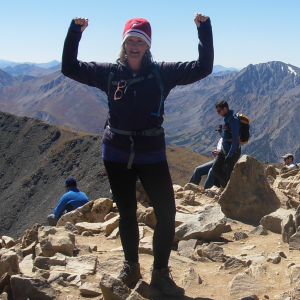